Both indices dipped during the week amidst profit taking as well as a heightened investor interest in corporate debentures. The week marked the IPO forum hosted by Anilana Hotels & Properties (AHAPL) which would be the first IPO for 2013.

Further, the Central Bank in its Monetary Policy review for June 2013 stated that it is confident that the monetary policy measures it has undertaken will place downward pressure on bank lending rates in order to facilitate investments and economic growth and hence has decided to leave repo rates and reverse repo rates unchanged at 7% and 9% respectively. This partly explains the heightened interest shown by investors in corporate Debentures offered by listed firms such as Hatton National Bank as a declining interest rate environment would positively impact the relative performance of fixed income securities.

The Colombo bourse lost grip and continued to head south throughout the week despite witnessing large transactions in blue chip counters initiated by institutional and foreign investors.

Large cap counters such as John Keells Holdings, Chevron Lubricants and Commercial Bank dragged down the indices as the counters saw their prices losing momentum after registering hefty gains during the past few weeks.

Many blue chip counters including John Keells Holdings, Chevron Lubricants, Ceylon Tobacco, Hayleys and Commercial Bank witnessed crossing executed by foreign and institutional investors which assisted to lift to the YTD net foreign inflow to be over LKR15bn, whilst retailers mostly a adopted wait and see approach.

Whilst the bourse undergoes a healthy correction after entering the overbought region, we urge investors to take positions in fundamentally strong counters with strong growth potential after booking profits on overpriced securities.

Meanwhile, as per the 1QCY13 earnings released, key sectors such as Banking & Finance and Food & Beverage sectors have witnessed a dip in their earnings for the quarter compared to the corresponding period last year.

Faster growth in deposit base against the growth in loan books coupled with the decrease in forex gain hindered the banks earnings, whilst high production cost hit the earnings of Food and Beverage sector.

Further, other key sectors such as Diversified and Hotels & travels sectors managed to post healthy earnings for the period as diversified companies managed to balance the nativities from the under performing sectors (due to macro economic shocks) due to their diversity, whilst hotel sector earnings growth was underpinned by the peak tourism season along with relatively high ARR.
Source:Asia Wealth Management Research
Posted by Atchuthan Srirangan at 19:26 No comments: Links to this post

“There are more opportunities today than there have ever been, but - and this is the biggest bit - if people don't recognize them, can't exploit them, don’t have the capacity, the education, the confidence and the self-belief, then it doesn't matter how many opportunities there are.” - Tom Hunter
Posted by Atchuthan Srirangan at 17:36 No comments: Links to this post 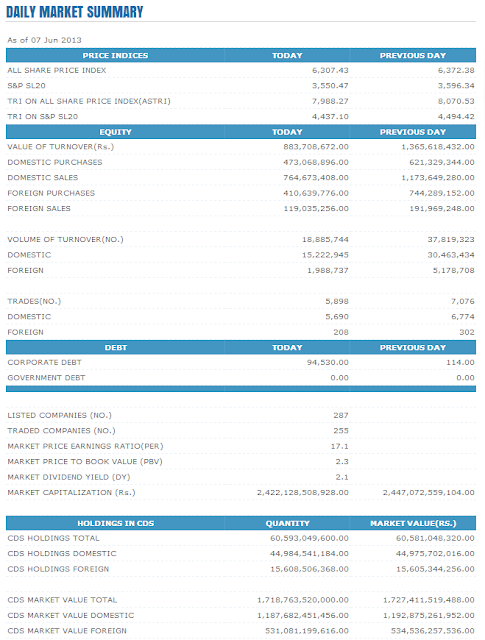 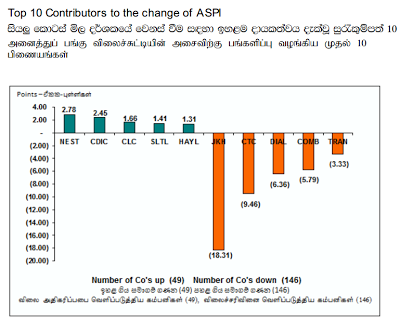 Posted by Atchuthan Srirangan at 17:27 No comments: Links to this post