COLOMBO, June 25 (Reuters) - Sri Lanka's rupee recovered from a near seven-month low on Tuesday, after a state-controlled bank intervened to stabilise the currency, dealers said, but depreciation pressure remained due to dollar demand from foreign investors who were selling long tenure bonds before exiting.

The lowest trade was at 129.00 per dollar, but one of the two state-run banks, through which the central bank usually directs the market, sold dollars to selected banks to ease depreciation pressure, dealers said.

'Foreign investors are basically booking their profits in treasury bonds and locking in short term T-bills,' a currency dealer said on condition of anonymity.

'Going forward, we expect the depreciation pressure to remain until the market sees inflows from scheduled foreign borrowings by some banks.'

Foreign investors have been shifting to treasury bills while selling longer tenure T-bonds, the latest central bank data showed on Friday, as a rise in U.S. treasury yields has prompted many offshore investors to rush to the exits.

Three local banks have planned to borrow up to $1.5 billion by tapping global capital markets.

The rupee fell 0.33 percent last week, after losing 1.6 percent in the week previous to that, which currency dealers attributed to foreign investors selling debt as part of a broader selloff in emerging markets.

The day's turnover was at 455.4 million rupees ($3.53 million), less than the half of this year's daily average of around 1 billion rupees.

“Remember the two benefits of failure. First, if you do fail, you learn what doesn't work; and second, the failure gives you the opportunity to try a new approach.” -  Roger Von Oech
Posted by Atchuthan Srirangan at 19:42 No comments: 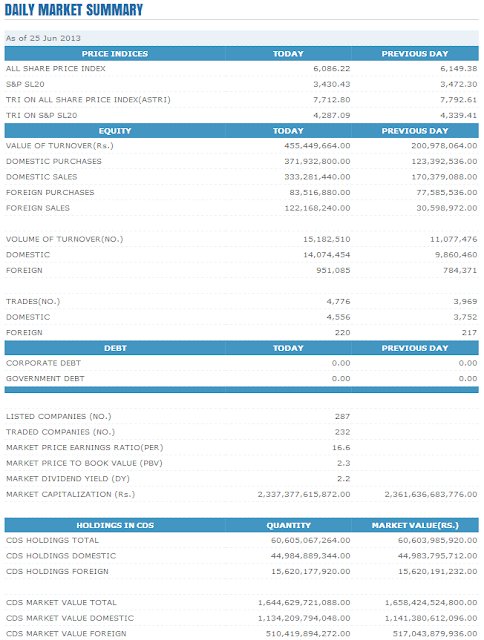 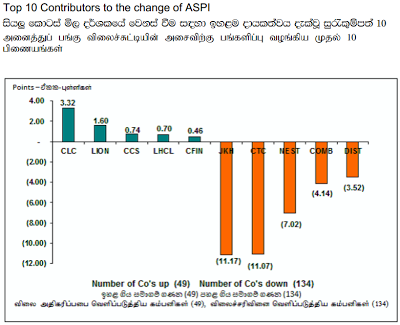 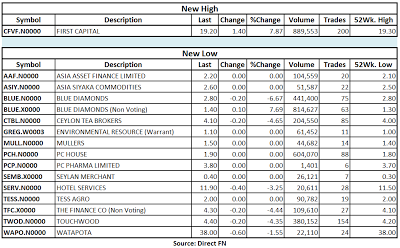