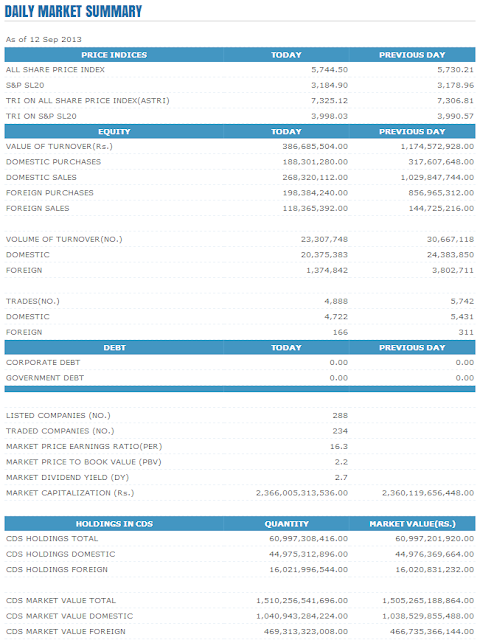 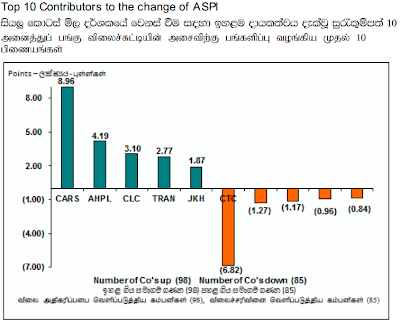 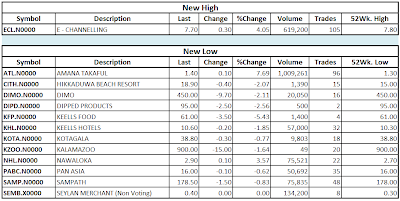 Posted by Atchuthan Srirangan at 16:12 No comments: Links to this post

A little knowledge can be disastrous when you're wading into the stock market for the first time. There are some huge traps that can cost you a fortune. Here are some of the most insidious:

1. Buying Load funds
Many investors love the convenience of mutual funds. They don't have the time or the energy to do their own research, so they buy the fund recommended by their investment advisor or other guru. If that fund is a load fund, they've probably just made a big mistake. Front-end loads require you to pay a percentage of your money for the "privilege" of buying into the fund. Back-end loads charge you to redeem your shares. Both will take a giant chunk out of your returns. (Some funds charge a back-end load only to those who redeem in less than 6 months or some other set period. This is done to discourage short-term trading. If you know you're going to hold for the long term, this is not a problem.)

There is no evidence that the average load fund performs any better than the average no-load. Some do, but predicting that in advance is almost impossible. Some also do much worse, leaving you with a double whammy. Of course, if your load fund was Fidelity Magellan during the period when Peter Lynch managed it, the small load was worth it. But you're much more likely to get stuck with Alice Average or Larry Loser than the next Peter Lynch. Your best bet is often a low-cost index fund. If you want to go for active management, research the manager's credentials and track record carefully.

Finally, keep in mind that a fund with high fees can wind up costing as much as a load fund. Never purchase a mutual fund without finding out what percentage of your investment is charged as fees and avoid the expensive ones. This is one instance where you're unlikely to get what you pay for.

2. Selling just because a stock or the market as a whole is dropping
There is absolutely no evidence that anyone can consistently predict what the market will do on a short-term basis, and long-term predictions aren't much better. If your company is making more and more money and is reasonably valued, don't sell it just because some fools have decided the sky is falling.

3. Buying just because you're afraid you've missed the boat
When stocks and mutual funds are bargains, no one wants them. When they're going higher and higher, everyone jumps in, afraid of missing a fortune. When you're tempted to buy into an expensive market, just remind yourself: there will always be another chance. Perhaps the only thing that can be said about economies with certainty is that they are unstable. There will always be another boom-- and another bust.

4. Being too cautious
Most investors are more upset by losses than pleased by gains. As a result, they invest in bonds and c.d.s whose returns can't possibly keep up with inflation. Ironically, stocks are generally a safer investment than bonds IF you are properly diversified and are willing to hold for the long term. A portfolio that contains both is even better. Only during periods of declining inflation and interest rates is it wise to lock in rates with long-term bonds and c.d.s.

5. Taking on too much risk
If gambling is your problem, you'd be best advised to avoid the market. There are a million ways to make money in the market and a million ways to lose. If you find yourself saying "let's take a chance," you're probably headed for trouble. Nothing is ever certain, but you should know why your stock or fund has a very strong probability of performing the way you anticipate. All of your risk should be very carefully calculated and based on due diligence.

6. Trying to catch the absolute top or bottom
It's impossible to know where the absolute bottom or top is for a stock or a fund, since this number only becomes apparent in hindsight. If you have a good reason to buy or sell a stock or mutual fund, do it and don't try to squeeze out every last penny.

7. Chasing performance
Every now and then, an investment guru or mutual fund manager will hit a lucky streak. Everything he or she touches is golden, and you can't wait to get your share. Unfortunately, the lucky streak is likely to collapse just as you buy in. If you must have a guru, look for one who has performed well in all sorts of markets over a period of many years.

8. Buying the market instead of the company
Even in the best markets, some companies go bankrupt. Just because the economy is improving doesn't mean your stock is, and the same thing is true in reverse.

The difference between beating the market and being beaten up by the market is often as simple as controlling your costs and thinking twice before you act. Avoid these mistakes and you're likely to have a much bigger nest egg in a few years.
By Anthony Bae
Article Source: http://EzineArticles.com
Posted by Atchuthan Srirangan at 10:00 No comments: Links to this post