“When I talk to other traders, I try to keep very conscious of the idea that I have to listen to myself. I try to take their information without getting overly influenced by their opinion.”- Michael Marcus
Posted by Atchuthan Srirangan at 16:29 No comments: Links to this post 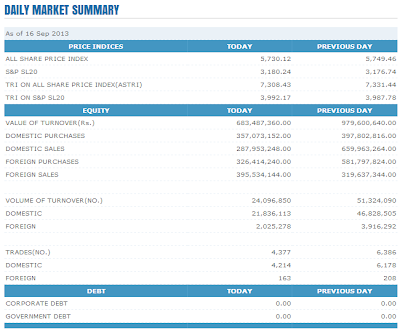 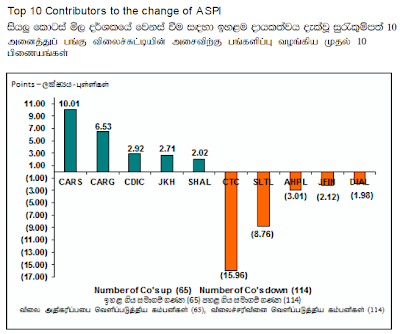 Posted by Atchuthan Srirangan at 16:28 No comments: Links to this post

The 'Self-Factors' of Successful traders.

I am using the above quote to emphasise the importance of what I call the 'self-factors' in trading. - The self-factors highlight the importance of developing and adopting the right balance of behaviours and attitudes in trading for one to be on the right side of the success/failure line. - The positive ‘self-factors’ include qualities and traits which are common to many successful traders: Amongst some of the positive Self-Factors I include:

Self-awareness - Knowledge of oneself and how one acts and behaves in situations and environments.

Self-Trust -The ability to have faith in oneself under duress and pressure.

Self-Reliance - Ability to depend on one's own capabilities, judgment, and resources , and acceptance that nobody else is responsible for profits and losses.

Self-discipline - A structured approach that keeps a person focused and grounded against negative forces and pressures.

Self-Control - Is the ability of exert mind muscle and will-power to overcome the negative effects which can so easily distract and distort perceptions and judgments.

Self-Motivation - Describes the initiative to undertake risks and activities when the mood and environment have been counterproductive.

Self-Esteem - High regard, respect or value for one’s self, but not to the level of being conceited, or having an over-inflated opinion of their worth.

Self-efficacy - Belief in one’s own competency and ability.

On the other hand, failing and struggling traders display some or many of the opposite tendencies. Typically they possess or are caught up in cycles of ‘self-defeating’ behaviour; they may be riddled by self-doubt, and wracked by self-consciousness. They may lack the necessary self-belief and self-trust which is needed to overcome the many inherent biases and injurious traits that people naturally possess which make trading such a difficult task.

We use the word ‘self’ in so many ways without really thinking about how relevant and crucial it is: Trading is not just about knowing ‘the market’, ‘a strategy’, ‘a set of rules’, it is also about knowing your-‘self’, developing your ‘self’ and managing your ‘self’.

There is a reason we find reference to 'the self' mentioned so often in the performance literature, it is because it is so relevant and matters: I will finish with some examples, from various fields of performance; sport, combat, trading and endeavour, including one significant one from the trading literature:

"Know yourself. - You can't improve on something you don't understand" - Vince Lombardi.

"In actual practice a man has to guard against many things, and most of all against himself -- that is, against human nature." - Jesse Livermore - Reminiscences of a Stock Operator.

And my own personal favourite, which I quote on my business website (www.bgtedge.com).
"It’s not the mountain we conquer, but ourselves." - Sir Edmund Hillary﻿ – The first man to climb Mount Everest.
Edited Article of Steven Goldstein from http://hometraderuk.blogspot.co.uk
Posted by Atchuthan Srirangan at 00:00 No comments: Links to this post