“Why do investment professionals get such poor marks? The main reason is that they are victims of their own methodology. By making a science out of an art, they are opting to be precisely wrong rather than generally correct.” - Bennett W. Goodspeed
Posted by Atchuthan Srirangan at 16:57 No comments: Links to this post 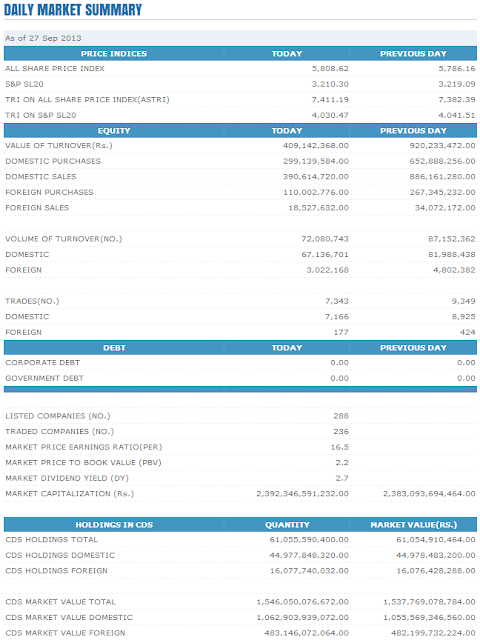 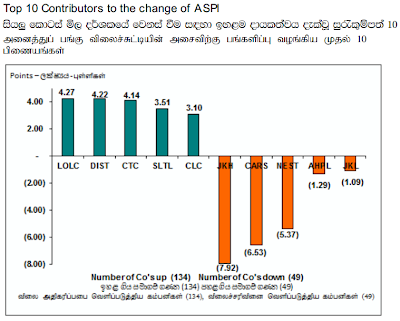 Posted by Atchuthan Srirangan at 16:56 No comments: Links to this post

Is it possible to predict movements in the stock market?

Pundits, Gurus and experts go to great lengths to try to either try to predict the stock market or they try to at least explain the stock markets with a myriad of theories. I try to read as much as I can and what I have found is there are more theories and explanations than ever preserved by the world wide web.

I thought it would be relevant to share some of my global thoughts on the stock market and why predicting the markets is a real waste of time.

1.Stock markets go up and stock markets go down. Why do they go up and down? Because the market is a place where buyers and sellers converge. When there are more buyers than sellers, the price increases. When there are more sellers than buyers, the price decreases. So what causes people to buy and sell? I believe it has more to do with emotion than logic. Because emotion is unpredictable, stock market movements will be unpredictable. It’s futile to try to predict where markets are going. They are designed to be unpredictable.

2.Spending an hour trying to predict the future movement of the stock market is an hour wasted in your life. There are so many better things to do with your time. Now, don’t confuse this with knowledge. I think it’s good to read and learn but don’t think you can predict the markets.

3.Markets are more volatile than ever. Mark Twain once said “October. This is one of the peculiarly dangerous months to speculate in stocks in. The others are July, January, September, April, November, May, March, June, December, August, and February.” Markets are more volatile than ever simply because of more access to information and more resources to react to that information. Technology allows us to buy and sell as many times as we want, whenever we want while sitting on the toilet from the comforts of our own home.

4.There is no such thing as perfection when it comes to investing. Many times, I’ve said that investing is not about perfection but rather about process and probability. The key to success is to develop a process or a plan that attempts to increase your probability of being right more often than wrong (because you will be wrong sometimes) and enhances the probability of making money more often than losing money (because you will lose money from time to time).

Unfortunately for all of us, the stock market is unpredictable and uncontrollable. That’s exactly why it can be so frustrating for so many people. The market can also be a sea of opportunity to make money as long as you employ smart prudent investment strategies. Don’t get caught up in thinking the stock market can be your secret way to get from rags to riches. That kind of speculation is about as risky as the casino or lottery and we know the odds of winning at that game.

Some people will argue that if it’s too hot in the kitchen, then get out but also know the consequence of getting out . . . there’s not much for alternatives. Others seek safety within the market but I think it’s best to find safety outside the market.
Written by Jim Yih in Investing
http://retirehappy.ca
Posted by Atchuthan Srirangan at 09:00 No comments: Links to this post