"Human emotion is a big enemy of the average investor and trader. Be patient and unemotional. There are periods where traders don't need to trade." - James P. Arthur Huprich
Posted by Atchuthan Srirangan at 16:48 No comments: Links to this post 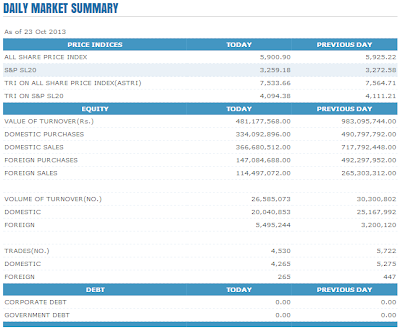 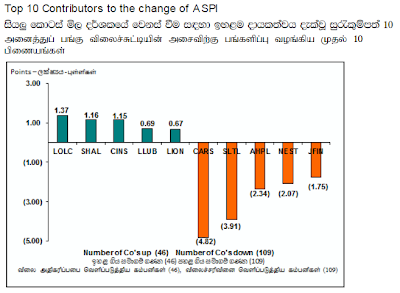 Posted by Atchuthan Srirangan at 16:47 No comments: Links to this post

Are You A Bull Or A Bear?

Casual acquaintances who come to learn know I trade for a living (something I rarely volunteer without being asked) will always ask whether I’m a bullish or bearish on the market or economy. My reply often irritates them when I say “I'm neither one – I'm just an opportunist.”

What I mean by that is that I go out of my way to avoid placing myself into a neat and tidy category that can influence my analysis of the markets and the stocks I trade. Although I'm far from perfect and sometimes let my opinions cloud my judgment (I am human after all), I do really try to do everything I can to look for opportunities on both sides of the market.

Many investors and also traders try to fit themselves into one neat category based on their opinions or of others who've they have come to respect. Even worse, those views are frequently tainted by how their portfolio is currently positioned (people want to be right after all) which can be both dangerous and quite unprofitable.

Believe it or not, some of the most profitable trades I've taken have been ones that run contrary to my personal views.

Case in point, I know several traders who are struggling now because they are very bearish about the market. While in principle I agree many of their views, I cannot let those views cloud both my analysis and trading. While I'm fairly certain there will be a time when their views will be proven correct, in this business timing is everything. Opinions after all, don't pay the bills – only profitable trades do!

As you'll soon learn if you haven't already, there is no difference between being “early” and “wrong” in this market. Likewise, it pays to remember there were lots of hedge funds that went broke prior to March of 2000 because they shorted all of the Internet and tech stocks. These guys were proven to be right on the money much later on, but in reality they never were able to take full advantage of it because they lost so much money before the bear returned.

Remember this – in trading it isn't about who is right or wrong. Instead it is all about who can make money and take advantage of the most opportunities in the present. Opinions are terrific things, but in most cases, you would be wise to set them aside and trade the market you see rather than the market you think you should or want to see.
By Charles E. Kirk
http://www.kirkreport.com
Posted by Atchuthan Srirangan at 09:00 No comments: Links to this post