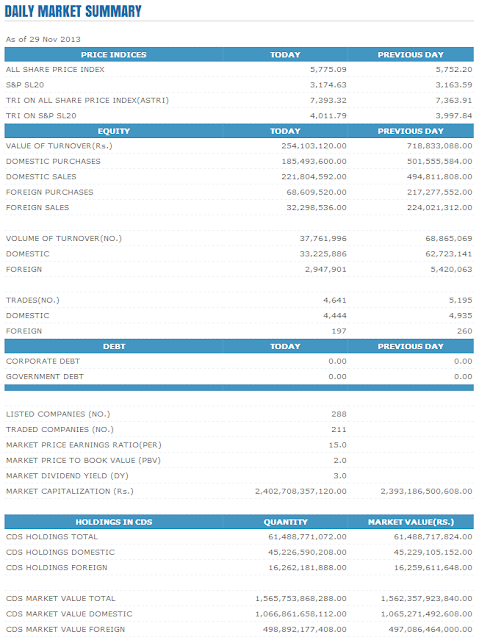 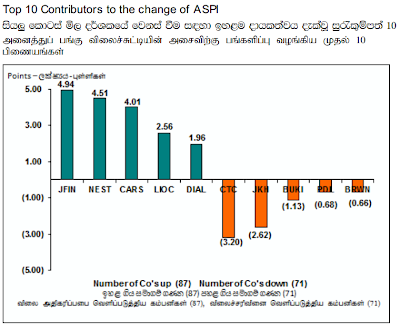 Posted by Atchuthan Srirangan at 16:29 No comments: Links to this post

“These days, there are many more deep intellectuals in the business, and that, coupled with the explosion of information on the internet, creates the illusion that there is an explanation for everything and that the primary task is simply to find that explanation.”
- Paul Tudor Jones
Posted by Atchuthan Srirangan at 16:29 No comments: Links to this post

01. Beware of acting immediately on a widespread public opinion. Even if correct, it will usually delay the move.

02. From a period of dullness and inactivity, watch for and prepare to follow a move in the direction in which volume increases.

03. Limit losses and ride profits, irrespective of all other rules.

04. Light commitments are advisable when market position is not certain. Clearly defined moves are signaled frequently enough to make life interesting and concentration on these moves will prevent unprofitable whip-sawing.

05. Seldom take a position in the direction of an immediately preceding three-day move. Wait for a one-day reversal.

06. Judicious use of stop orders is a valuable aid to profitable trading. Stops may be used to protect profits, to limit losses, and from certain formations such as triangular foci to take positions. Stop orders are apt to be more valuable and less treacherous if used in proper relation the the chart formation.

07. In a market in which upswings are likely to equal or exceed downswings, heavier position should be taken for the upswings for percentage reasons - a decline from 50 to 25 will net only 50% profit, whereas an advance from 25 to 50 will net 100%

09. Buy strong-acting, strong-background commodities and sell weak ones, subject to all other rules.

11. A study of the capitalization of a company, the degree of activity of an issue, and whether an issue is a lethargic truck horse or a spirited race horse is fully as important as a study of statistical reports.

02. Reversal or resistance to a move is likely to be encountered
(i) On reaching levels at which in the past, the commodity has fluctuated for a considerable length of time within a narrow range
(ii) On approaching highs or lows

03. Watch for good buying or selling opportunities when trend lines are approached, especially on medium or dull volume. Be sure such a line has not been hugged or hit too frequently.

04. Watch for "crawling along" or repeated bumping of minor or major trend lines and prepare to see such trend lines broken.

05. Breaking of minor trend lines counter to the major trend gives most other important position taking signals. Positions can be taken or reversed on stop at such places.

06. Triangles of ether slope may mean either accumulation or distribution depending on other considerations although triangles are usually broken on the flat side.

07. Watch for volume climax, especially after a long move.

08. Don't count on gaps being closed unless you can distinguish between breakaway gaps, normal gaps and exhaustion gaps.

09. During a move, take or increase positions in the direction of the move at the market the morning following any one-day reversal, however slight the reversal may be, especially if volume declines on the reversal.

Richard Donchian
Richard Donchian graduates from Yale with a BA in economics and begins his Wall Street career in 1930. From 1933-1935 he writes a technical market letter for Hemphill, Noyes & Co. For several years thereafter, he publishes a stock market service, "Security Pilot," and sells it to brokerage houses. During WW II he serves as an Air Force statistical control officer with a group they call the "Whiz Kids." For two years after the war, he acts as economic trend analyst and market letter writer for Shearson Hamill & Co. Quotes from his "Market Outlook" letters appear in the Wall Street Journal and other financial publications. He joins Hayden, Stone in 1960 and becomes VP and Director of Commodity Research. He writes numerous articles including "Trend Following Methods in Commodity Price Analysis." He publishes a weekly "Commodity Trend Timing" letter, based on his 5-20 moving average method and achieves a circulation of over 10.000.