Horana Plantations PLC is a Sri Lanka-based company engaged in the cultivation, manufacture and sale of tea, rubber and other agricultural produce. The Company’s sixteen estates are spread over a total area of 7,534 hectares primarily in the Central and Western Provinces of Sri Lanka. During the fiscal year ended March 31, 2014, the Company produced 4.6 million kilograms of tea from both estate crop and bought crop, and 1.6 million kilograms of rubber. As of March 31, 2014, the Company's immediate parent entity was Vallibel Plantation Management Ltd., while its ultimate parent entity was Vallibel One PLC. 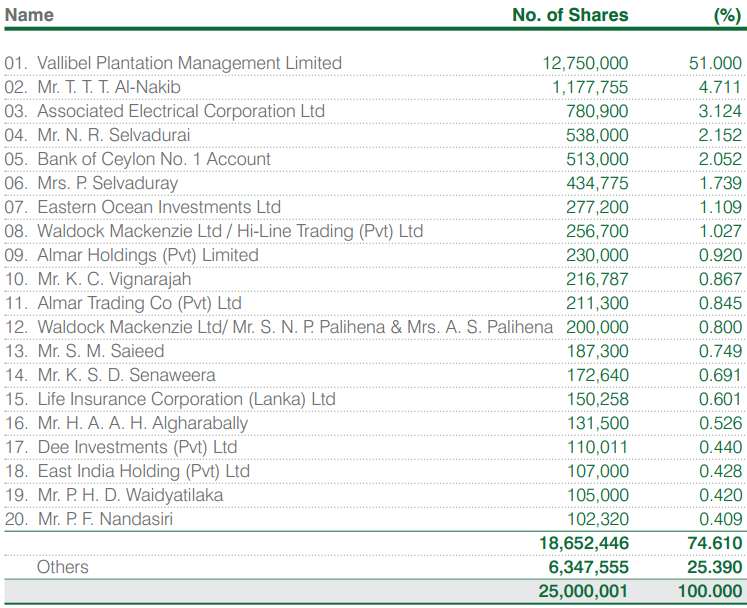