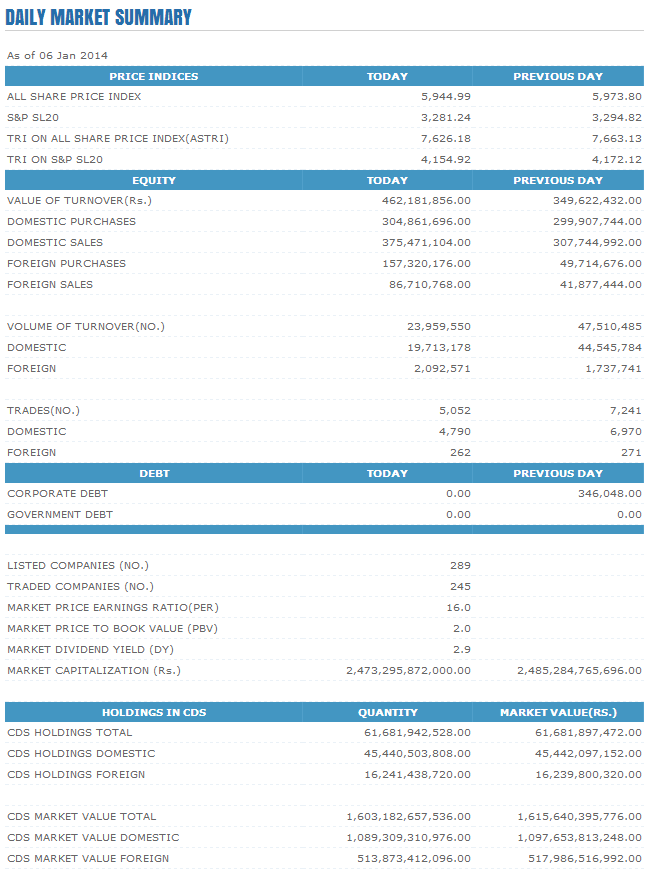 Read more »
Posted by Atchuthan Srirangan at 14:52 No comments: Links to this post

6 Stages Of A Trader


Very interesting description of how traders evolve over time. The pieces of advice Bo Yoder and Vadym Graifer give at the end of the article are spot on. Definitely worth reading as every trader worth his salt can relate to all the different stages. Enjoy.


Stage One: The Mystification Stage (by Bo Yoder)

This is where the neophyte trader begins. He has little or no understanding of market structure. He has no concept of the interrelationship among markets, much less between markets and the economy. Price charts are a meaningless mish-mash of colored lines and squiggles that look more like a painting from the MOMA than anything that contains information. Anyone who can make even a guess about price direction based on this tangle must be using black magic, or voodoo.

However, as one begins to observe, read, study, the mess may begin to resolve itself into something that may make sense. Sort of.

You scan the markets every day. After a while (sometimes a good long while), you notice a particular phenomenon which pops up regularly and seems to “work” pretty well. You focus on this pattern. You begin to find more and more instances of it and all of them work! Your confidence in the pattern grows and you decide to take it the very next time it appears. You take it, and almost immediately your stop is hit, and you’re underwater for the total amount of your stop-loss.

So you back off and study this pattern further. And the very next time it appears, it works. And again. And yet again. So you decide to try again. And you take the full hit on your stoploss.

Practically everyone goes through this, but few understand that this is all part of the win-lose cycle. They do not yet understand that loss is an inevitable part of any system/strategy/method/whathaveyou, that is, there is no such thing as a 100% win approach. When they gauge the success of a particular pattern or setup, they get caught up in the win cycle. They don’t wait for the “lose” cycle to see how long it lasts or what the win/lose pattern is. Instead, they keep touching the pot and getting burned, never understanding that it’s not the pot (pattern/setup) that’s the problem, but a failure on their part to understand that it’s the heat from the stove (the market) that they’re paying no attention to whatsoever. So instead of trying to understand the nature of thermal transfer (the market), they avoid the pot (the pattern), moving on to another pattern/setup without bothering to find out whether or not the stove is on.

You’ve studied so hard and put so much effort into your trading and this universal failure in the patterns only when you take them causes you to feel betrayed by the market, the books and materials and gurus you tried to learn from. Everybody claims their ideas lead to profitability, but every time you take a trade, it’s a loser, even though the setups all worked perfectly before you played them. And since one of the most painful experiences is to fail when success looks easy, this embarrassment is transformed into anger: anger at the gurus, anger at the vendors, anger at the writers, the seminars, the courses, the brokers, the market makers, the specialists, the “manipulators”. What’s the point in trying to analyze and improve your own trading when there are so many dark forces out to get you?

This excuse-driven blame game is a dead-end viewpoint, and explains a lot of what you find on message boards. Those who can’t pull themselves out of it will quit.

If you don’t quit, you’ll move into the “squiggle trader” phase. Since you failed with patterns and so on, you figure there’s some “secret weapon”, a “holy grail” that’s known to the select few, something that will help you filter out all those bad trades. Once you find this magical key, your profits will explode and you’ll achieve every dream you ever had.

You begin an obsessive study of every method and every indicator that is new to you. You buy every book, attend every course, sign up for every newsletter and advisory service, register for every trading website and every chat room. You buy more elaborate software. You buy off-the-shelf systems. You spend whatever it takes to buy success.

Unfortunately, you stack so much onto your charts that you become paralyzed. With so many inputs, you can’t make a decision, particularly since they rarely agree. So you focus on those which agree with the direction of the trade you’ve taken (or, if you’re the fearful sort, you look only for those which will prove to you how much of a loser you think you are).

This is all characteristic of scared money. Without a genuine acceptance of the fact of loss and of the risks involved in trading, you flit around like a butterfly in search of anything or anybody who will tell you that you know what you’re doing. This serves two purposes: (1) it transfers to others the responsibility for the trade and (2) it shakes you out of trades as your indicators begin to conflict. The MACD says buy, the sto says sell. The ADX says the market is trending, the OBV says it’s overbought. By the end of the day, your brain is jelly.

This process can be useful if the trader learns from it what is popular, i.e., what other traders are doing, and, if he lasts, how to trade traps and panic/euphoria. And even though he may decide that much of it is crap, he will, if he doesn’t slip back into the Cynical Skepticism Stage, have a more profound appreciation — achieved through personal experience — of what is sensible and logical and what is nonsense. He might also learn something more about the kind of trader he is, what “style” suits him best, learn to distinguish between what is desirable and what is practical.

But the vast majority of traders never leave this stage. They spend their “careers” searching for the answer, and even though they may eventually achieve piddling profits (if they don’t, they will of course eventually no longer be trading), they never become truly successful, and this has its own insidious consequences.

The trader who is able to pry himself out of Stage Four uses his experiences there productively. The trader learns, as stated earlier, what styles, techniques, tactics are popular. But instead of focusing entirely on what’s “out there”, he begins to ask himself some questions:

What exactly does he want? What is he trying to accomplish?

What sort of trading makes the most sense to him? Long or intermediate-term trading? Short-term trading? Day-trading? Trend-trading? Scalping? Which is most comfortable?

What instrument — futures, stocks, ETFs, bonds, options — provides the range and volatility he requires but is not outside his risk tolerance? Did he learn anything at all about indicators in Stage Four that he might be able to use?

And so he “auditions” all of this in order to determine what suits him, taking all that he has learned so far and experimenting with it.

He begins to incorporate the “scientific method” into his efforts in order to develop a trading plan, including risk management and trade management. He learns the value of curiosity, of detached interest, of persistence and perseverance, of taking bits and pieces from here and there in order to fashion a trading plan and strategy that are uniquely his, one in which he has complete confidence because he has tested it thoroughly and knows from his own experience that it is consistently profitable.

He accepts fully the responsibility for his trades, including the losses, which is to say that he understands that losses are inevitable and unavoidable. Rather than be thrown by them, he accepts them for what they are, a part of the natural course of business. He examines them, of course, in order to determine whether or not some error was made, particularly one that can be corrected, though true trading errors are rare. But, if not, he simply shrugs off the loss and goes on about his business. He understands, after all, that he is in control of his risk in the market.

He doesn’t rant about his broker or the specialist or the market maker or that vast conspiracy of everyone who’s trying to cheat him out of his money. He doesn’t attempt revenge against the market. He doesn’t fret. He doesn’t fume. He doesn’t succumb to hope, fear, greed. Impulsive, emotional trades are gone. Instead, he just trades.

At this level, the trader achieves an almost Zen-like trading state. Planning, analysis, research are the focus of his time and his effort. When the trading day opens, he’s ready for it. He’s calm, he’s relaxed, he’s centered.

Trading becomes effortless. He is thoroughly familiar with his plan. He knows exactly what he will do in any given situation, even if the doing means exiting immediately upon a completely unexpected development. He understands the inevitability of loss and accepts it as a natural part of the business of trading. No one can hurt him because he’s protected by his rules and his discipline.

He is sensitive to and in tune with the ebb and flow of market behavior and the natural actions and reactions to it that his research has taught him will optimize his edge. He is “available”. He doesn’t have to know what the market will do next because he knows how he will react to anything the market does and is confident in his ability to react correctly.

He does not convince himself that he is right. He watches price movement and draws his conclusions. When market behavior changes, so do his tactics. He acknowledges that market movement is the ultimate truth. He doesn’t try to outsmart or outguess it.

He is, in a sense, outside himself, acting as his own coach, asking himself questions and explaining to himself without rationalization what he’s waiting for, what he’s doing, reminding himself of this or that, keeping himself centered and focused, taking distractions in stride. He doesn’t get over excited about winning trades; he doesn't get depressed about losing trades. He accepts that price does what it does and the market is what it is. His performance has nothing to do with his self-worth.

It is during this stage that the “intuitive” sense begins to manifest itself. As infrequent as it may be, he learns to experiment with it and to build trust in it.

And at the end of the day, he reviews his work, makes whatever adjustments are necessary, if any, and begins his preparation for the following day, satisfied with himself for having traded well.

The knowledge proved through research that a particular price pattern or market behavior offers an acceptable level of predictability and risk to reward to provide a consistently profitable outcome over time.
Sourrce:  http://www.tischendorf.com

Posted by Atchuthan Srirangan at 08:30 No comments: Links to this post