The Inevitables Of Success 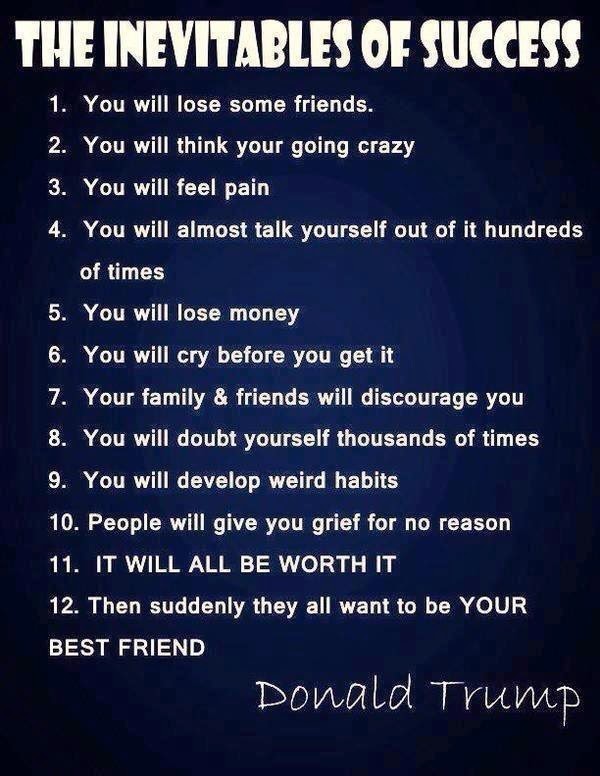 "Never get into the market because you are anxious from waiting, and never get out of the market just because you have lost your patience." - WD Gann
Posted by Srirangan Kathiravelu at 21:13 No comments: 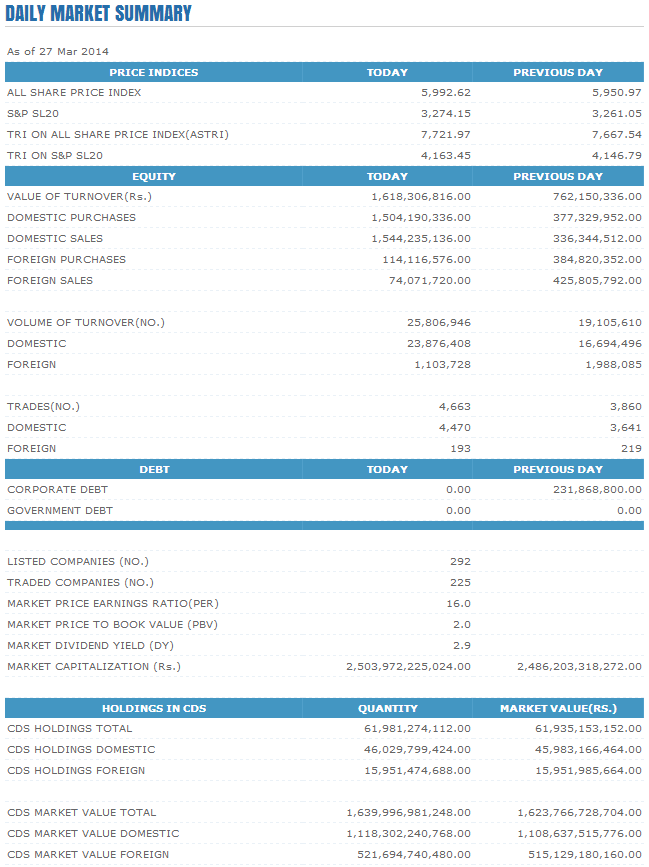 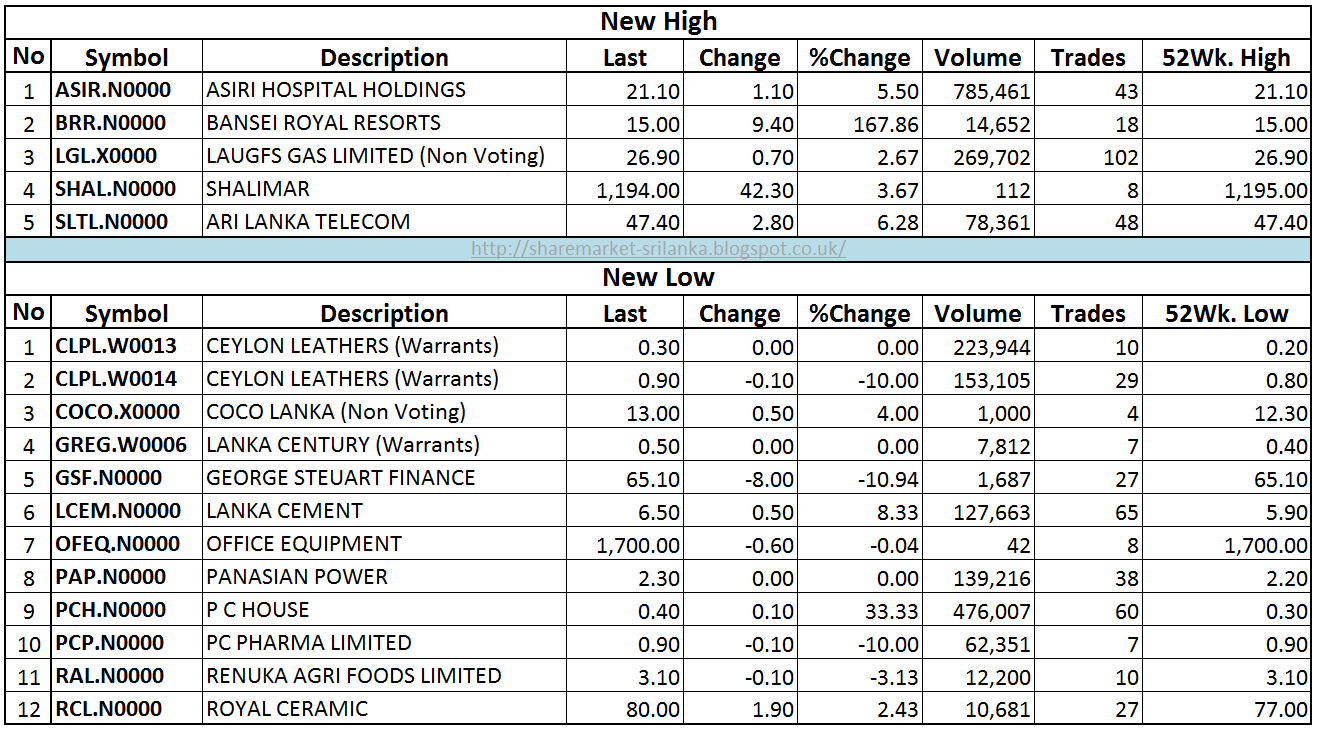 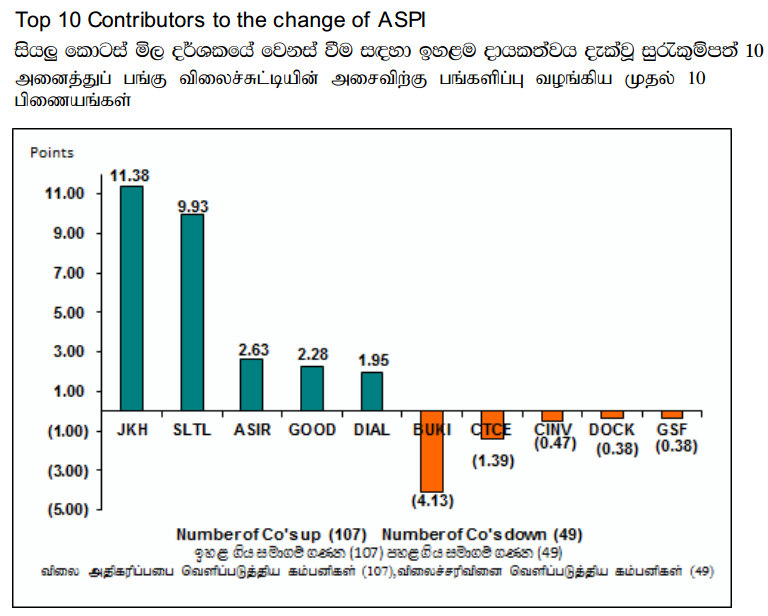 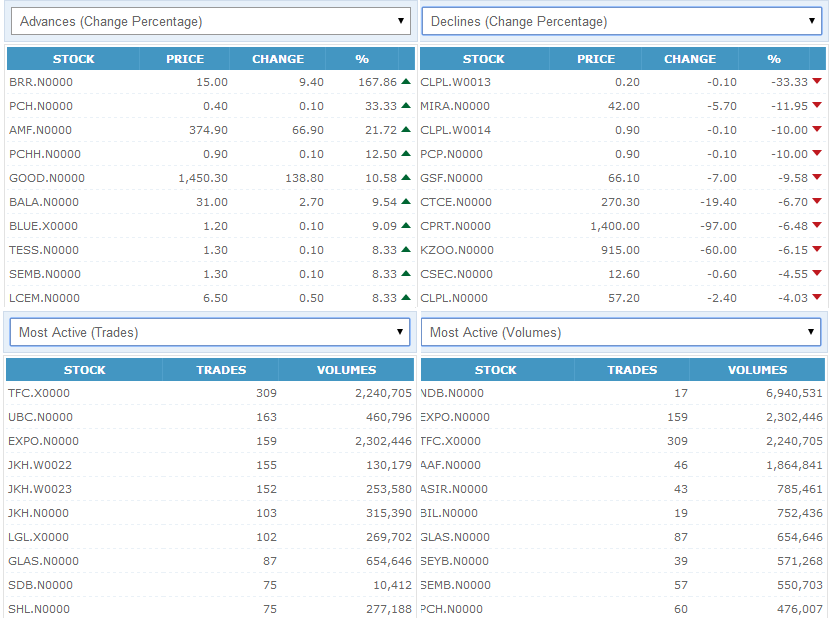 Foreign Activity for the day

John Keells Hotels PLC is an investment company. The Company, through its subsidiaries and joint ventures, is engaged in hoteliering. The Company manages a portfolio of holdings consisting hoteliering business, which together constitute the John Keells Hotels Group. Cinnamon Bey Beruwala is a 200 roomed hotel. Its hotel Cinnamon citadel has 26 Deluxe rooms and 93 superior rooms. The Citadel accommodates three dining options that cater to palates ranging from Asian and International, through to Continental cuisine. The hotel also offers conference facilities for corporate events, which includes forums, meetings and business conferences. Its Cinnamon Wild is situated 288 kilometers from Colombo, the hotel houses 61 jungle chalets and seven beach chalets. Its Chaaya Tranz Hikkaduwa is built along beaches, which houses 150 rooms. The resort also offers pool and conference facilities, as well as the Spa. The percentage of Foreign Holding as at 28th February 2014 was 0.00%
Posted by Atchuthan Srirangan at 06:38 No comments:

29 Instances Of A Major World Stock Market Shut down

Turmoil on the Russia-Ukraine border has investors and traders running various scenarios, including worst-case scenarios.

Not that anyone is saying this is likely today, but a shut down of the Russian stock market
isn't unprecedented.

"Russia’s first recorded stock market came into existence in 1810 but shut down in July 1914 at the start of World War I," noted Morgan Stanley's Jonathan Garner. "The stock market reopened for two months in 1917 before shut down again after the 1917 revolution. It did not re-open until January 1992."

Here's a list of some notable stock market shut downs from Garner. 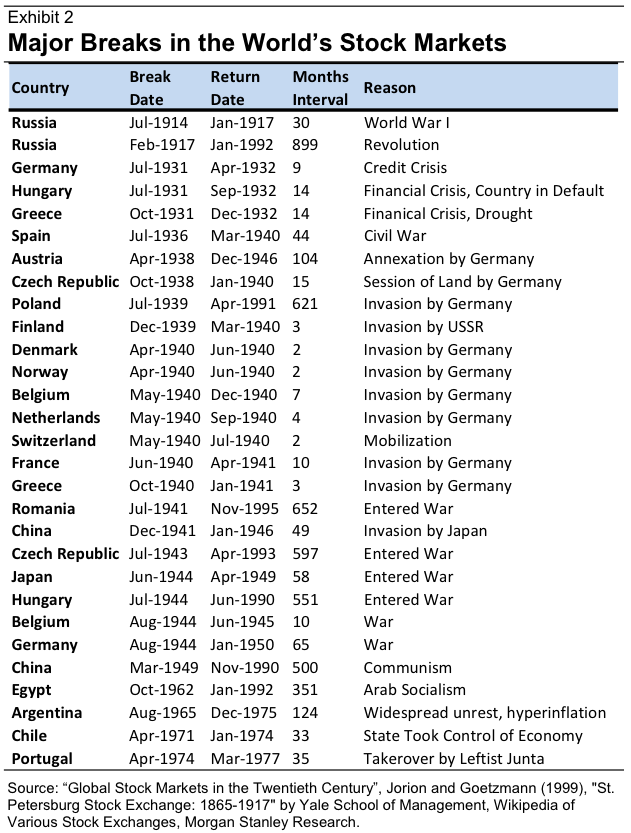