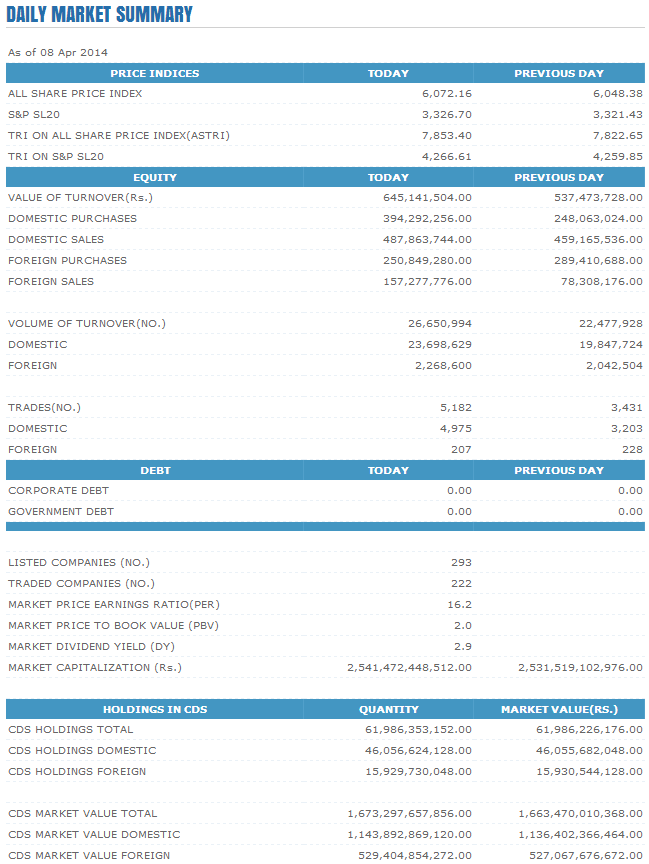 HVA Foods PLC is a Sri Lanka-based company engaged in processing, packing and export of value added teas. The Company is also engaged in the development, manufacture and distribution of tea extract based products, contract packing of teas and franchise operations of tea cafes. The Company's wholly owned subsidiary is the owner of the worldwide franchise for the Heladiv trademark. As of March 31, 2013, The Company was a subsidiary of the holding Company HVA Lanka Exports (Pvt.) Limited, which was principally involved in exporting of bulk tea.


Company Financial at a glance: 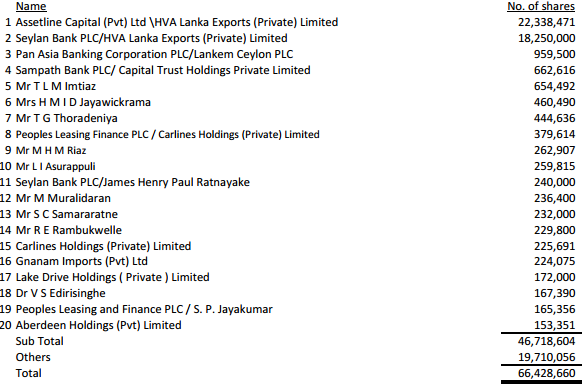 "The key is consistency and discipline. Almost anybody can make up a list of rules that are 80% as good as what we taught. What they can't do is give (people) the confidence to stick to those rules even when things are going bad." - Richard Dennis
Posted by Srirangan Kathiravelu at 00:31 No comments: