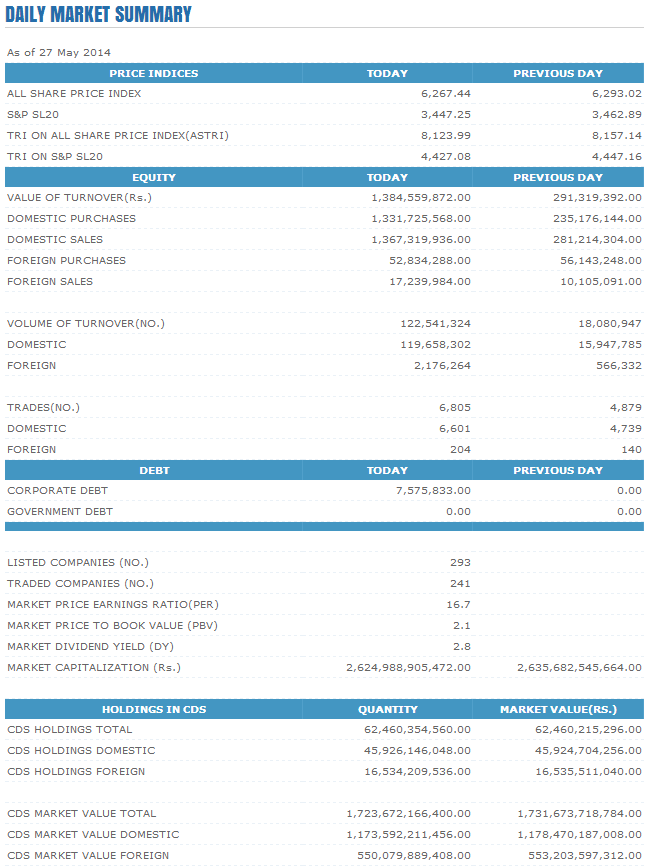 Read more »
Posted by Srirangan Kathiravelu at 14:59 No comments: Links to this post

Ceylon and Foreign Trades PLC is a Sri Lanka-based company engaged in exporting Sri Lankan produce and manufactured goods, importing, as well as acting as an indent agent. Its products include desiccated coconut, cinnamon, cloves, nutmegs, black pepper and mace, among others. As of March 31, 2013, the Company had two subsidiaries, which were non-operational. In addition, its associate, On'ally Holdings PLC, owns Unity Plaza in Colombo, Sri Lanka and specializes in renting out office and shop space. 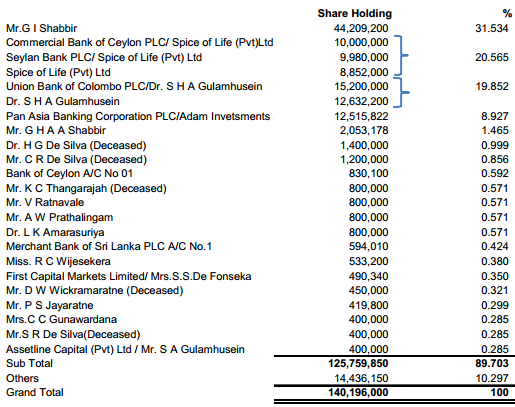 The percentage of Foreign Holding as at 30th April 2014 was 0.43%
Posted by Atchuthan Srirangan at 09:41 No comments: Links to this post

“When once caught in the maelstrom of stock speculation the average man becomes more or less mesmerized, and at critical moments his conservatism, his resolutions and his theories all take flight. Under the discomposing influence of a rapid succession of changing values and alternating impulses he loses his perspective, is incapable of calm reasoning, and is likely to do precisely the opposite of what he had intended to do.” -  Henry Howard Harper, The Psychology of Speculation
Posted by Srirangan Kathiravelu at 00:30 No comments: Links to this post