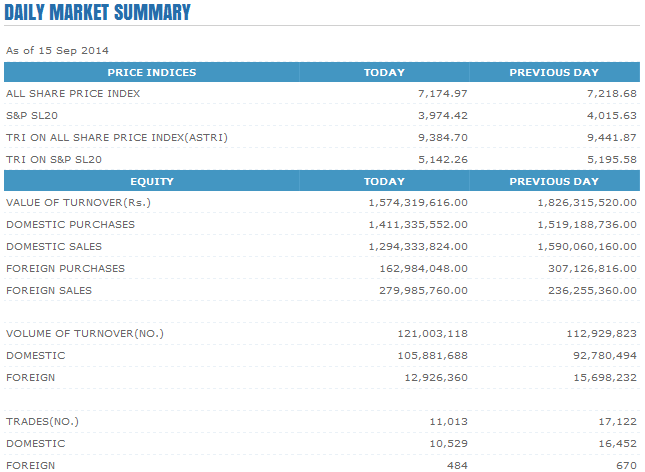 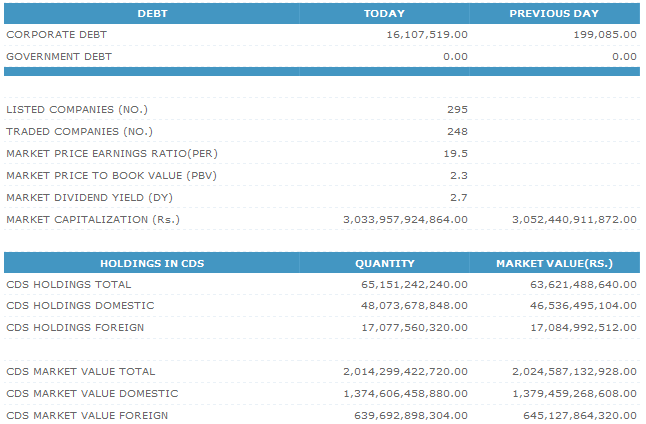 “Every generation has its characteristic folly, but the basic cause is the same: People persist in believing that what has happened in the recent past will go on happening into the indefinite future, even while the ground is shifting under their feet.” - George J. Church
Posted by Srirangan Kathiravelu at 01:04 No comments:

My last post, How Successful People Stay Calm, really struck a nerve (it's already approaching 1.5 million reads here on LinkedIn). The trick is that managing your emotions is as much about what you won’t do as it is about what you will do.

TalentSmart has tested more than a million people and found that the upper echelons of top performance are filled with people who are high in emotional intelligence (90% of top performers, to be exact). So, I went back to the data to uncover the kinds of things that emotionally intelligent people are careful to avoid in order to keep themselves calm, content, and in control. They consciously avoid these behaviors because they are tempting and easy to fall into if one isn’t careful.

While the list that follows isn't exhaustive, it presents nine key things that you can avoid in order to increase your emotional intelligence and performance.

1. They Won’t Let Anyone Limit Their Joy

When your sense of pleasure and satisfaction are derived from comparing yourself to others, you are no longer the master of your own happiness. When emotionally intelligent people feel good about something that they’ve done, they won’t let anyone’s opinions or accomplishments take that away from them.

While it’s impossible to turn off your reactions to what others think of you, you don’t have to compare yourself to others, and you can always take people’s opinions with a grain of salt. That way, no matter what other people are thinking or doing, your self-worth comes from within. Regardless of what people think of you at any particular moment, one thing is certain—you’re never as good or bad as they say you are.

Emotionally intelligent people are quick to forgive, but that doesn’t mean that they forget. Forgiveness requires letting go of what’s happened so that you can move on. It doesn’t mean you’ll give a wrongdoer another chance. Emotionally intelligent people are unwilling to be bogged down unnecessarily by others’ mistakes, so they let them go quickly and are assertive in protecting themselves from future harm.

3. They Won’t Die in the Fight

Emotionally intelligent people know how important it is to live to fight another day. In conflict, unchecked emotion makes you dig your heels in and fight the kind of battle that can leave you severely damaged. When you read and respond to your emotions, you’re able to choose your battles wisely and only stand your ground when the time is right.

Emotionally intelligent people won’t set perfection as their target because they know it doesn’t exist. Human beings, by our very nature, are fallible. When perfection is your goal, you’re always left with a nagging sense of failure, and you end up spending your time lamenting what you failed to accomplish and what you should have done differently instead of enjoying what you were able to achieve.

5. They Won’t Live in the Past

Failure can erode your self-confidence and make it hard to believe you’ll achieve a better outcome in the future. Most of the time, failure results from taking risks and trying to achieve something that isn’t easy. Emotionally intelligent people know that success lies in their ability to rise in the face of failure, and they can’t do this when they’re living in the past. Anything worth achieving is going to require you to take some risks, and you can’t allow failure to stop you from believing in your ability to succeed. When you live in the past, that is exactly what happens, and your past becomes your present, preventing you from moving forward.

6. They Won’t Dwell on Problems

Where you focus your attention determines your emotional state. When you fixate on the problems that you’re facing, you create and prolong negative emotions and stress, which hinders performance. When you focus on actions to better yourself and your circumstances, you create a sense of personal efficacy that produces positive emotions and improves performance. Emotionally intelligent people won’t dwell on problems because they know they’re most effective when they focus on solutions.

7. They Won’t Hang Around Negative People

Complainers are bad news because they wallow in their problems and fail to focus on solutions. They want people to join their pity party so that they can feel better about themselves. People often feel pressure to listen to complainers because they don’t want to be seen as callous or rude, but there’s a fine line between lending a sympathetic ear and getting sucked into their negative emotional spiral. You can avoid getting drawn in only by setting limits and distancing yourself when necessary. Think of it this way: if a person were smoking, would you sit there all afternoon inhaling the second-hand smoke? You’d distance yourself, and you should do the same with complainers. A great way to set limits is to ask complainers how they intend to fix a problem. The complainer will then either quiet down or redirect the conversation in a productive direction.

The negative emotions that come with holding onto a grudge are actually a stress response. Just thinking about the event involved sends your body into fight-or-flight mode. When a threat is imminent, this reaction is essential to your survival, but when a threat is ancient history, holding onto that stress wreaks havoc on your body and can have devastating health consequences over time. In fact, researchers at Emory University have shown that holding onto stress contributes to high blood pressure and heart disease. Holding onto a grudge means you’re holding onto stress, and emotionally intelligent people know to avoid this at all costs. Learning to let go of a grudge will not only make you feel better now but can also improve your health.

9. They Won’t Say Yes Unless They Really Want To

Research conducted at the University of California in San Francisco shows that the more difficulty that you have saying no, the more likely you are to experience stress, burnout, and even depression. Saying no is indeed a major challenge for most people. “No” is a powerful word that you should not be afraid to wield. When it’s time to say no, emotionally intelligent people avoid phrases like “I don’t think I can” or “I’m not certain.” Saying no to a new commitment honors your existing commitments and gives you the opportunity to successfully fulfill them.

Dr. Travis Bradberry is the award-winning co-author of Emotional Intelligence 2.0, and the cofounder of TalentSmart, the world’s leading provider of emotional intelligence tests, emotional intelligence training, and emotional intelligence certification, serving more than 75% of Fortune 500 companies. His bestselling books have been translated into 25 languages. Dr. Bradberry has written for, or been covered by, Newsweek, BusinessWeek, Fortune, Forbes, Fast Company, Inc., USA Today, The Wall Street Journal, The Washington Post, and The Harvard Business Review.
Posted by Srirangan Kathiravelu at 01:03 No comments: