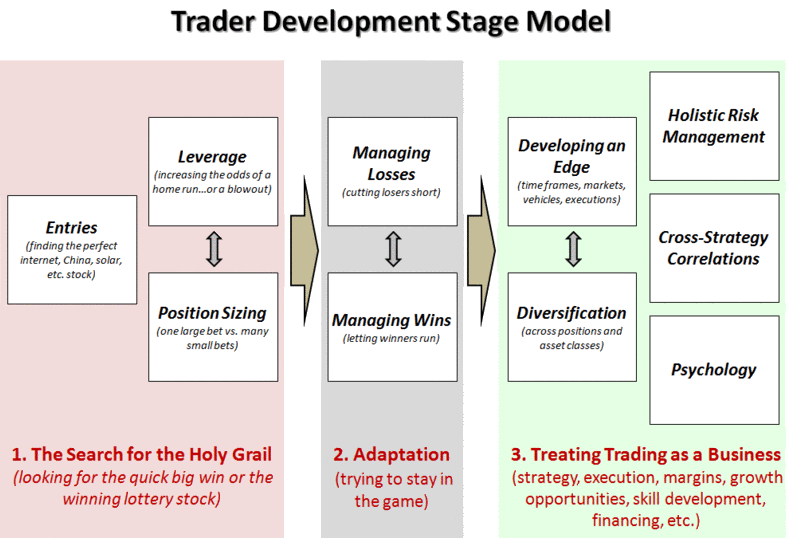 1. Know what success is. If you don’t know what success is (for you), how can you possibly create it? Success is different things for different people and one person’s success (a pregnancy for example) might be another person’s catastrophe. That’s because success (or failure) is not so much about the situation, circumstance, event or outcome as it is about what that “thing” means to the person in the middle of it. In order to create success, you must first define it – and far too many people haven’t. Be very clear about what you want and don’t want for your life. Clarity produces excitement. Excitement produces momentum. Momentum produces behavioural change. Behavioural change produces different results and eventually, the internal vision becomes an external reality. Giddy-up.

2. Get comfortable being uncomfortable. Some people will live a life of second-best, of compromise and of under-achievement simply because they are (1) controlled by fear (2) always looking for the magic pill or shortcut and (3) not prepared to do the tough stuff. People who always take the easy option are destined for mediocrity. At best. Constantly avoiding the discomfort means constantly avoiding the lessons and the personal growth. Pain is a great teacher. Not always what we want, but sometimes what we need.

3. Seek to be righteous, not right. The need to be “right” speaks of arrogance, insecurity, ego and stupidity. It’s also synonymous with failure. The person who constantly needs to be right will miss out on much of what life has to teach him and alienate himself from others. Arrogance repels, humility attracts.

4. Seek respect, not popularity. It’s been said that our nature is “who we are” and our reputation is who people think we are. When the two are synonymous, we’re usually on the right path.

5. Embrace mess. To embrace mess is to embrace life because life is messy, unpredictable, unfair, uncertain, lumpy and bumpy. So get used to a little chaos. Embrace it even. While others succumb to the messiness and unpredictability of the human experience, make a conscious choice to be the calm in the chaos.

6. Don’t become your parents. Or your boss. Or anyone but you. The enormity of conformity is a problem for the wanna-be success story. Sure, your parents are great and by all means respect them, love them and learn from them, but please don’t become them; that’s just plain ugly and a little bit tragic. Listen to, and learn from other people, but think, act and decide for yourself. And no, you don’t need anyone’s approval or permission; you’re big now. It’s okay.

7. Use more of what you already have. Imagine what you could achieve if you took all the knowledge, intelligence, opportunities, time, skill and talent that you currently have and absolutely milked it. What if you already have more than enough talent to become wildly successful? Well, you do. There go the excuses. And that voice that’s telling (some of) you right now that you don’t have what it takes to become successful, that’s called fear. Not logic, fear. Not reality, fear. Unless of course, you allow that to become your reality. Be mindful that the voice in your head (the very loud, annoying and persistent one) is rarely a reflection of your potential and mostly a manifestation of your insecurity.

And no, you’re not alone in your self-doubt; it’s a universal condition. Many people fail, not because they don’t have what it takes, but because they don’t use what they already have. Successful people typically don’t have more innate potential, luck, time or opportunity than the next person, but they consistently find a way to use much more of what they have at their disposal. While the majority are rationalising their lack of decision making and action taking, these guys are finding a way to get the job done. The question is not “how much ability do you have, but how much will you use?”.

8. Be an innovator, not an imitator. Not too many sheep succeed. Baaah. Sometimes it’s a good idea to build your own team rather than join someone else’s. Don’t let your fear stand in the way of your potential to create, innovate or lead. When I set up Australia’s first commercial personal training centre, most people told me it wouldn't work. Glad I did’t' listen.

9. Do what most won't. If you want to achieve what most people won’t (happiness, joy, calm, wealth, optimal health, balance) then don’t do what they do. If you want to be like the majority, then do what they do. Producing different results comes from doing different things. Simple really. And effective. Most people won’t persevere, won’t finish what they start, won’t find the good, won’t do what it takes, won’t question their long-held beliefs, won’t be solution-focused, won’t do what scares them and won’t “be the change” they want to see in their world. Choose to be different.

10. Be like water. Powerful. Gentle. Adaptable. Ever-changing. Being static in a dynamic world – like the one you and I inhabit – is a recipe for disaster. If you can’t adapt, you can’t succeed. Our practical, three dimensional reality, and everything in it, is in a constant state of transition, while some of us are in a constant state of “same”. Statues don’t succeed, they just get crapped on. Watch out for the pigeons.
Source: http://www.lifehack.org/
Posted by Srirangan Kathiravelu at 16:07 No comments: Links to this post

“Don’t be afraid to predict. Just know how likely it is that you’ll be wrong, and know what to do when your prediction fails!” – Christopher Ebert
Posted by Srirangan Kathiravelu at 06:00 No comments: Links to this post