This is very true about stock trading and life in general. 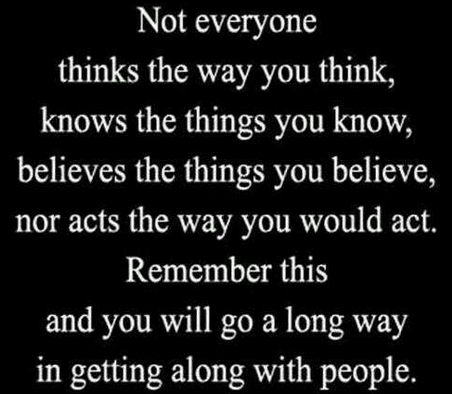 Posted by Srirangan Kathiravelu at 17:28 No comments: Links to this post

No matter who you are, how much you earn, or how you invest, a few truths apply to you and your money.

Spending money to show people how much money you have is the surest way to have less money.

Singer Rihanna earns tens of millions of dollars, but found herself "effectively bankrupt" in 2009. She sued her financial adviser for not doing his job. He offered a legendary response: "Was it really necessary to tell her that if you spend money on things you will end up with the things and not the money?"

The first iron rule of money is that wealth is the stuff you don't see. It's the cars not purchased, the clothes not bought, the jewelry forgone. Money buys things, but wealth -- assets such as cash, stocks, bonds, in the bank, unspent -- buys freedom and security. Pick which one you want wisely.

According to World Bank economist Branko Milanovic, "the poorest [5%] of Americans are better off than more than two-thirds of the world population." Furthermore, "only about 3% of the Indian population have incomes higher than the bottom (the very poorest) U.S. percentile." And those figures are adjusted for differences in cost of living.

The easiest way to judge how well you're doing is to compare yourself to people around you. The curse of living in the United States is that most people are doing well, so your own success looks ordinary. If you want to feel rich, look at the 90% of the world that isn't American or European. You'll realize that feeling rich is just a mental game.

The goal of investing isn't to minimize boredom, it's to maximize returns.

Successful investing is pretty boring. Its main requirement is patience and inaction. Most people demand more excitement, so they tweak, fiddle, and adjust their investments as much as necessary to destroy as much of their wealth as possible. If you want to do better than average at anything, you must do something that most people can't. In investing, that means putting up with perpetual boredom. It's a serious skill.

The only way to build wealth is to have a gap between your ego and your income.

The most valuable asset you can have is a strong propensity to not care what others think.

Most people are bad with money, so being good means doing things differently than they do. You won't spend as much. You'll invest differently. You'll grow wealth slower. This can make you look like a fool in the short run. But who cares what others think? They're probably idiots. As Charlie Munger put it, "Someone will always be getting richer faster than you. This is not a tragedy." Not only is it not a tragedy, but it's a necessity. The ability to not care what other people think about what you're doing is mandatory in achieving abnormal results.

You can learn more about money from the person who went bankrupt with a subprime mortgage than you can from Warren Buffett. That's because it's easier and more common to be stupid than it is to be brilliant, so you should spend more effort trying to avoid bad decisions than making good ones. Economist Eric Falkenstein summed this up well: "In expert tennis, 80% of the points are won, while in amateur tennis, 80% are lost. The same is true for wrestling, chess, and investing: Beginners should focus on avoiding mistakes, experts on making great moves."

People are flawed, so a lot of stuff makes no sense.

As James Grant put it, "To suppose that the value of a stock is determined purely by a corporation's earnings is to forget that people have burned witches, gone to war on a whim, risen to the defense of Joseph Stalin, and believed Orson Welles when he told them over the radio that the Martians had landed."

Anything can happen at any time for any reason.

You might be laid off next week. You can be sued tomorrow. Or win the lottery. Maybe you'll get cancer. Or a huge promotion. Stocks can rally for twice as long as you think and crash twice as fast as you assumed. History is one damned thing after another, most of it involves money, and there's nothing you can do about it.

Good luck.
Source: http://www.fool.com/
Posted by Srirangan Kathiravelu at 05:31 No comments: Links to this post

"Inaction breeds doubt and fear. Action breeds confidence and courage. If you want to conquer fear, do not sit home and think about it. Go out and get busy."  - Dale Carnegie
Posted by Srirangan Kathiravelu at 00:30 No comments: Links to this post